The world's best low-cost airline. AirAsia Berhad shares has been crushed since 2018. Is this a buy today? 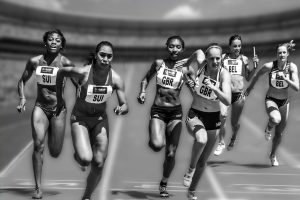 When it comes to investing, what you want is to compound returns.

And you want to own stocks where profits grow over time. This increases the pay outs (through share gains and dividends) to investors.

Then, reinvesting these returns will greatly increase your wealth through stocks in the long term.

But most people buy stocks with the idea their share price will go up 20% or 30% in a year. Then sell for a quick profit. It’s tiring to do this.

And more often, these businesses aren’t even fundamentally strong.

AirAsia Berhad (KLSE:5099) is Malaysia’s biggest low cost carrier. It has close to a 100 aircrafts. And spots a market cap of MYR3.3 billion. In 2001, Mr. Tony Fernandes and his partner, Mr. Kamarudin bin Meranun bought over the company for just one Malaysian Ringgit. Both partners were set on disrupting the airline industry by making flights as cheap as possible.

This worked out well.

Within a year, AirAsia turned around and became profitable. That’s impressive.

AirAsia aimed to dominate South East Asia, opening new routes in Singapore, Indonesia, Vietnam and Cambodia. At one point, AirAsia added new routes all the way up in China. At its peak, AirAsia produced MYR11 billion in revenues and MYR2 billion in net profits.

Over the years, this “budget” airline grew to be one of the most respectable brands of Malaysia. In fact, it was even named the World’s Best Low-Cost Airline.

But the company has two big problems today.

First, COVID stopped AirAsia in its tracks. And because it has to continue paying off its leases on aircrafts, AirAsia has to borrow more and more money to maintain operations. Second, is competition.

And of the two problems, competition is the more crucial issue.

You see, in 2019, AirAsia made MYR12 billion in revenues, but racked up close to MYR300 million of losses. That time, it carried over 50 million passengers, yet it couldn’t make a single dollar of profits.

Operating costs went up, while it had to compete with other airlines on air ticket prices. AirAsia was burning up cash faster than it could earn.

The thing is, even though AirAsia competed on price, it realized it can’t be the lowest cost producer. Many airlines are backed by the state. So it’s easy for competitors to charge cheaper air tickets, while running losses for a long time. AirAsia could not afford that. This resulted in AirAsia eventually raising costs, lowering ticket prices to compete

Think about it: I wouldn’t hesitate to pick the cheaper air ticket if I knew there was one. Especially if it’s a short haul flight.

But that’s not all. AirAsia doesn’t have anymore cash left.

COVID forced the company to shut its flights. And forced AirAsia to borrow more money while its fleet is parked in the airport doing nothing.

In its latest quarter results, AirAsia had close to MYR14 billion of debt, and a huge negative net worth (or equity) of the company.

Since it has only MYR235 million of cash, AirAsia has to continue borrowing to pay off whatever debt they have. It’s not a good situation for AirAsia to be in.

Now, when your company’s shareholders’ equity is negative, it means that the company made so much losses that all profits made last time were gone. AirAsia has a negative equity of MYR4 billion.

The Stock Market is Emotional But Never Stupid

Since IPO in 2004, AirAsia has yet to create a single dollar of value for shareholders. Back then, it was listed with a price of ~MYR1.70. Today, shares trade at MYR1.19 per share. Holding on to the stock has net you a 30% loss over the past 16 years.

Today, shares are down 72% from its peak back in 2018. Shares look even cheaper than it was before.

But if you look at the stock chart over the last five years, you could see that AirAsia never hit pass MYR4.38 per share.

The market knows the airline industry is a highly competitive industry. The market also knows it’s hard for AirAsia to add a single dollar of value for shareholders .

And things are about to get a lot worse for AirAsia if air travel gets stuck for another year or so.

It’s easy to talk about shares going to rebound for another 20% to 30% in a year for a quick profit. The market is emotional but it’s never stupid. And it knows whether a company is good or bad.

Share prices optically looks cheap. But this bargain is reflects the grim outlook in the airline industry. With AirAsia’s razor thin profit margins, it’s going to be much harder for AirAsia’s share price to rebound strongly in the future.

If you ask me, at MY1.19 per share it makes for a good punt. But AirAsia is not something I’ll buy for the long term. I’ll pass on this for now.

Thanks for sharing , sometimes it’s just difficult to know when to stay out, was surprised that the market is willing to keep buying knowing its cash flow and debts, perhaps it is a long term play ?

Could be a long term play. I can deal with uncertainties as long the business is fundamentally strong. But AirAsia’s heavy debt load is making the company a risky bet. Given how competitive budget airlines are, I’m not sure how fast can AirAsia repay these debt.

Thank you for the kind words 🙂