Are SEA Ltd Shares Cheap After Falling 33% This Year?

Sea Ltd shares crashed to US$149 because of expected rising rates. And now, it's hit with the India ban This is what you need to know. 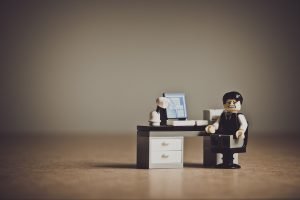 If you’re not careful, they attack, and wrap around you like a mummified body. Like a true lover, they hold you tight.

And you get the privilege of hearing your bones break before the strength of embrace causes your blood vessels to explode.

SEA Ltd (NYSE: SE) shares are trading in the bargain bin — shares are already down 33% this year. Rising interest rates have slaughtered many fast-growing tech stocks.

What’s making shares even cheaper is the latest news about its India ban.

India believes there’s user data leakage sent to China through these apps. And this allows data to be mined, collated and analyzed.

Many of these banned apps also belong to China tech giants like Tencent, Alibaba and NetEase.

Would SEA Ltd profits be hit by India’s ban?

At US$83 billion market cap, this is one of the biggest gaming businesses — and a highly profitable one — in the world. In its latest 3Q2021 results, SEA Ltd’s digital entertainment business grew 93% to US$1.1 billion, up a massive 93% as compared to last year. Its gaming segment went on to produce US$611 million of operating profits. That’s a fat 55% operating margin. Creating games tend to have a far bigger profit margin.

Operating profits is total revenue minus all operating costs (including sales & marketing, distribution, salaries, production costs and so on).

According to a Citi research analyst: “Citi believes the Free Fire removal is likely to impact the active user base more than its revenue contribution, as India’s gamers – more than 30 per cent of total Free Fire users – likely have a gross contribution percentage of around high-single digit to low-teens, due to lower paying ratio and relatively lower average revenue per user.”

To the stock market, the India ban seems like a pretty big deal.

But here’s the thing: I’d probably won’t care too much. You know why?

And more importantly, gaming is a highly-addictive business.

Once you have build a strong customer base, users will keep coming back for more. Games are a great business model because it’s scalable across the world. What’s more, distribution costs are much cheaper. Since you can sell your games online .

I love such businesses. It’s a high capital-efficient business.

The problem is, Sea Ltd isn’t just a gaming giant.

You see, e-commerce is a ferocious business. SEA Ltd owns an e-commerce giant — Shopee — that continues to gobble up cash it’s hard for SEA to be profitable. The concern I have is this — Shopee’s losses keep widening.

In its latest third quarter results, Shopee grew even faster than its gaming business — 167% year-on-year to US$1.3 billion. SEA Ltd’s loss widened to US$741 million of operating losses. Shopee is one of the biggest e-commerce business in Southeast Asia’s e-commerce market, yet it struggles to maintain a foothold in its niche.

In fact, Shopee needs to pour even more capital to maintain its monopoly position. This is the exact opposite of a capital-efficient business.

And what’s more, Shopee is competing against all other competitors:

While its digital entertainment business continues to grow profitably, Shopee is burning all that earnings.

It’s hard for SEA to be profitable in the near term. You need to have more holding power to see a meaningful gain for SEA Ltd.

What investors are hoping for is the huge profitable growth once Shopee achieves e-commerce dominance. But it doesn’t look like it will happen soon. Shopee is still not making any money.

Having said, I like SEA Ltd for its highly profitable games business. And the India ban isn’t going to be a huge impact since SEA Ltd sells to a wide audience across the world. It’s their e-commerce I’m worried about.

If you’re not careful, it’s not your lover embracing you, but the anaconda.

Thanks, bro.
Didnt know its Ecommerce[Shopee] loss is > its profit from Digital Entertainment.
David

Hey David, welcome 🙂 Yes, SEA’s e-commerce business is still suffering losses. And its gaming business is the one struggling to keep SEA alive.