A Bitcoin 101 Guide. This is Part II of our Bitcoin Guide. Here's a glimpse into Bitcoin's Proof-of-Work and Bitcoin as a Brand. 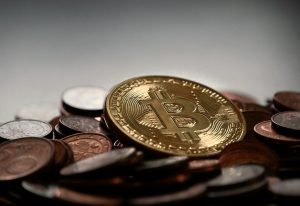 We shared a fair bit about Bitcoin in our last article.

Let’s re-visit the key concepts based on the following scenario.

Essentially, you make use of an intermediary, or a central authority to do the work for you.

The bank is also responsible for updating the ledgers: if you initially had $10,000 in your bank account, you’ll have $9,900 now.

But in our previous article we asked the question: “Can we trust these intermediaries?”

What if your bank losses the records?

What if someone hacked into the bank and steal your money, perhaps by performing some transaction?

How do you prove to the bank that you had $9,900 and that you did not authorise that transaction?

How does Bitcoin work?

Today, we’ve come to the most complicated part — the ‘HOW’.

I will not delve into the technicalities of how a Bitcoin protocol works. That’s not our purpose. If you are interested, here’s a great video.

Instead, we want to understand how Bitcoin works. Enough for us to make an informed decision on whether we want to trade it, mine it, or just, have fun learning something new!

Let’s come back to our example of sending money to our friend.

A central intermediary is where your transaction record was stored with only one party. In a bitcoin network, you have hundreds and thousands of others who will keep a record of your transaction.

When you send money to your friend, you’ll need to sign it with a digital signature. It’s similar to how we used to sign cheques, except this is digital.

This signature will be verified by a counter-party.

Your transaction is secured by what we call a “SHA256 algorithm” — basically, a cryptographic hash function.

I mentioned this because you’ll be hearing the #hash word ever so often. This turns your transaction details into a super difficult mathematical problem, or puzzle.

Their job is to solve this puzzle using computational power.

These puzzles are very difficult, so they need huge computational power, which means, a lot of electricity, and that is also why you often hear criticisms from the public on bitcoin mining as it is consuming way too much electricity. Your computer, is doing a lot of work.

If you are able to solve the puzzle, you hard work will be rewarded with bitcoin!

This is an ultra simplified version of “Proof of Work“.

The type of puzzles that the miners receive typically takes 10 mins to solve. In its earliest days, when a miner solves the puzzle, he or she will be rewarded with 50 coins!

You’ll be wondering if bitcoin ever runs out. Yes it will. We mentioned in our previous article that there are only a total of 21 million coins. So based on the bitcoin reward given out, the amount of bitcoin that a miner can get is going to become lesser.

This was set by Satoshi Nakamoto right at the beginning.

What happens when Bitcoin runs out?

It’s speculated that the network will hit the 21 million mark approximately 100 years from now.

After that, what’s going to happen is that instead of solving puzzles to receive bitcoin, the miners will receive bitcoin as transaction fees, which serves as a form of reward.

You might ask: “How is that enough?” You’re right.

There needs to be a lot of active transactions going on in the Bitcoin network for miners to benefit.

But, the transaction fee for bitcoin is actually quite high. It averaged $59 per transaction recently. Yeah, very high, right?

Now you know you are getting a bargain from your stock broker. Just kidding.

Bitcoin as a Brand

It’s interesting how we are talking about the miners and the bitcoin community.

In the history of money, have we ever discussed anything like “The USD Community”, or “The JPY Community”? No, we don’t, because there is no community for any fiat currencies.

If we stop for a moment and give it some thought, bitcoin does have characteristics of a user-generated ‘brand’:

Think about decentralization and connect this to the concept of user-generated brand – this does come back in full circle.

There is no one single person that can dictate where bitcoin can or should go.

That’s it for now.

In our next installment, we will discuss Ether, and attempt to understand the difference between Proof-of-Work versus Proof-of-Stake.

It seems to me that Bitcoin is to cryptocurrency just as Colgate is to toothpaste or Maggi is to instant noodles. But then there is also Darlie, Sensodyne, Mi Goreng and various other brands of each category of product just as there is like Ether,etc.
The question I have is in both the Bitcoin articles would you say it generally refers to every other cryptocurrency i.e. what is bitcoin, how it works, etc and not specifically Bitcoin only.
Thank you.