This is what you need to know about one of China's fastest growing hotpot chains. And why its shares are down so much. 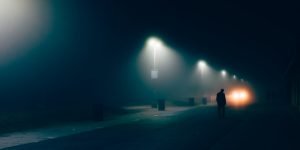 I’ll tell you what’s one of the lousiest type of industry to invest in. Restaurants.

Why? They produce one of the lowest profit margins (usually less than 10%) — high staff and rental costs.

Plus, you need to have many capable store managers to run your operations. And if there’s hygiene complaints, your restaurant gets shut down.

Walk along the streets and you’ll find competing restaurants.

But there’s one restaurant business that stands out.

In fact, it’s operating a highly profitable hotpot business. This business has made a man so rich he’s one of Singapore’s richest man today.

Haidilao International (SEHK:6862) started out as a four table restaurant in Sichuan, China.

Mr. Zhang Yong quit his job as a factory welder to run it in 1994. Mr. Zhang had no experience running a restaurant. But he knew how to treat his customers well if the roles were reversed.

And through word of mouth, more and more people ate at his restaurant.

Today, Haidilao is one of China’s biggest hotpot restaurants. It has a market cap of HK$162 billion.

And is growing fast.

Haidilao is Obsess With Its Customers

For example, its restaurants have a team of staff to give you foot massage, manicures, entertainment. While waiting for your table.

That’s why Haidilao doesn’t spend heavily on sales and marketing. It built its brand through word of mouth from its satisfied customers. What Haidilao does is promote through social media platforms. And getting people to share Haidilao’s latest food innovations through “viral posts”.

This sets new trends quickly, like introducing the “Doudou” glutten balls in 2018.

Haidilao doesn’t have what many restaurants need — a big kitchen with chefs. Because its a hotpot chain, all the cooking is done by customers. Haidilao only needs a cold storage for frozen food. So, at least 75% of their restaurant space is dining. This allows the company to maximize its seats and reduce customers’ waiting time.

According to management, a Haidilao hotpot outlet breaks even within three months. That’s half the time a restaurant chain takes. Haidilao can also pay back an entire outlet’s start-up capital within a year. That’s impressive.

Because of its high turnover, landlords want Haidilao as their tenants. Haidilao gets the best locations to run their restaurants.

This helps boost sales for Haidilao.

What’s interesting for Haidilao is its willingness to innovate concepts.

This reduces labour work and makes the dining experience enjoyable for the customers.

Since listing in 2015, Haidilao’s revenues has grown massively from CNY5.7 billion, to CNY28.6 billion in 2020. Over the last 12 months, the company produced total profits of CNY1.3 billion.

This was despite the COVID pandemic that broke out last year, which forced many of its restaurants to shut down.

Yet, during 2020, Haidilao’s shares doubled.

You could say Haidilao is a “capital-efficient” business.

On average, Haidilao’s return on equity (ROE) is around 50% over the last six years.

Return on equity (ROE) measures the return on every shareholder’s dollar invested into the business.

And it continues to squeeze every cent from each dollar of capital it invests in.

Haidilao is also obsess with data. It tracks customers closely. From how much they spend per table, to the turnover per table, to how profitable each restaurant is in different cities in China.

They even use their dipping sauce as a KPI.

But here’s the problem. The market just doesn’t like Haidilao one bit.

Haidlao is neither a technology company, or heavily in debt. But its shares tanked because of China’s anti-trust clampdown and leverage controls.

It made no sense for a restaurant to be affected by either of such regulations.

In fact, Haidilao only has modest debt.

In its latest financial results, management has already 1,500 restaurants in China and 106 restaurants overseas. It plans to continue growing the number outlets given how fast the company can be profitable.

In its recent quarter, Haidilao generated CNY20 billion of revenues and produced CNY96 million of net profits. This was much higher than CNY9.7 billion revenues and net losses of CNY964 million.

Last year, Haidilao was still affected by the COVID pandemic and caused many outlets to shut down. But demand for the popular hotpot business has not stopped Haidilao in its tracks. The huge profit rebound in its latest financial results is a testament to Haidilao’s popular hotpot cuisine.

Haidilao’s Best Days Have Yet to Come

Haidilao is not done yet with its growth. Yum China has more than 10,000 stores with Pizza Hut and KFC. While Haidilao has less than 20% stores of what Yum China has. Its use of technology, quick “payback period” of its stores and obsession with customers allows Haidilao to expand aggressively.

That’s why it has yet to pay any dividends. Management is reinvesting most of its earnings back into the business.

What I don’t like is restaurants are still one of the hardest businesses to manage, especially in China. Walk down a street and you can easily find a restaurant selling great food and affordable prices. You’re a small fish in a big pond.

Of course, the good thing for investors is, Haidilao’s business probably won’t be affected by China’s recent regulations.

This is one restaurant business worth looking at.