Is It Time to Buy Singapore’s Blue-Chip Developers?

What you need to know about Singapore's blue-chip developers. And is it worth buying today? Let's look at the Big 3. 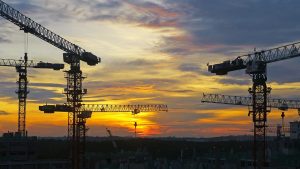 Property development is a cyclical business.

Property projects take between three to five years to complete.

Sometimes, it takes longer if projects are massive.

When times are good, property developers make a lot of money.

When projects are completed in a down cycle, these developers get stuck with unsold properties.

Property developers don’t have the explosive growth like technology companies.

But rather, it’s a series of lumpy revenues and earnings.

That’s why its shares are always stuck moving up and down.

That’s why property stocks are always bouncing up and down. But never going up in one direction.

It doesn’t mean this is a bad thing.

Let’s look if there are any interesting Singapore developers:

CapitaLand will become CapitaLand Investment Management (CLIM) by end of 2021.

And what’s remaining is a more competitive, property management business.

This will also put CLIM to be Asia’s third largest property management business.

It will manage six listed Singapore REITs, and more than 20 unlisted property funds.

This is a powerful business model.

Because it makes CLIM “asset-light”.

A traditional property developer has to worry about project cycles and lumpy earnings.

For CLIM, all it needs is to find as many properties to manage.

And charges a fee for it.

After CapitaLand’s reorganization, CLIM will manage S$78 billion of funds under its management (FUM). And plans to grow to S$100 billion by 2024.

CLIM will also manage another S$27 billion of lodging-related properties. And plans to grow this by another 30% over the next three.

That will have CLIM managing over S$135 billion of properties under its management in three to four years time.

If you ask me, I’d say it’s a realistic goal.

There are already S$10 billion of properties ready to be managed by CLIM over the next few years.

This is on top of CapitaLand’s development projects worth S$7.6 billion.

It’s not the massive growth I like to see, but CLIM’s revenues and earnings will be much more stable than a property developer’s.

And I expect this to continue growing steadily.

In its recent half yearly results, UOL Group generated S$1.1 billion of revenues, 31% higher compared to last year. And it produced net profits of S$154 million.

During its latest financial results, most of its profits are coming from property projects.

It was only last year during the COVID pandemic that saw UOL’s revenues and profits affected in its hotel operations.

UOL has a track record of over 50 years in the property business.

It also, through United Industrial Corporation owns many prime offices in Singapore.

Over the past years, UOL produced a steady stream of income from its investment properties and hotels. That gives it a steady flow of income.

If you ask me, UOL is a dividend play more than anything else.

Since 2012, the company has on average paid out S$0.16 per share dividends to shareholders.

Currently, the market values UOL’s businesses at S$6 billion, putting its shares at a discount to its book value.

But that’s also because its hotel operations got hit badly. Hotel profits contribute close to a third of UOL’s earnings.

At this share price, I find there’s little reason why UOL should go down further.

If you think hotels will recover over the next two to three years, UOL might be an interesting play some upside.

Otherwise, I’m seeing this as a safe, low dividend yield stock for a portfolio.

It owns a series of hotels, property projects, investment properties, stocks and bonds.

Its a family-owned business by the Kwek Family.

The company was founded in 1963 and developed projects in Malaysia and Singapore.

In its recent half yearly results, CDL has tangible assets generating revenues of S$1.1 billion.

And it has properties across Singapore, China and Australia.

Most of its revenues are split between development, investment properties and hotel rentals.

These are all high quality property projects located in Singapore. So it’s hard to doubt the accuracy of its property value. Unlike emerging countries.

CDL shares came under fire because of the CDL-Sincere Projects.

CDL was forced to write down more than 90% of its billion dollar investment in a Chongqing-based Chinese developer.

This showed that local developers venturing into overseas market is never easy.

But then again, CDL has total assets worth S$24 billion.

Not that this saga would hurt CDL’s business one bit. Just that the market doesn’t like CDL got caught in a China property fraud.

On average, CDL has historically been trading at a 30% discount to its book value.

This discount is probably because of the fact that CDL is owned largely by the Kwek family.

As minority shareholders, there’s no control over what families can do to their companies. Hence the huge discount.

But you probably won’t see a huge gain on its shares.

My take on Singapore developers

Singapore developers make good investment candidates because their properties are easy to value.

The asset value is easily found in financial statements.

And you know owning a set of high quality properties can bring a lot of stability to your portfolio.