Here's what you exactly need to know about the latest SembCorp Marine / Keppel Corp merger... Is it worth buying this Singapore stock? 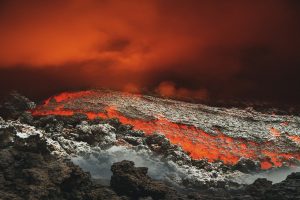 It recently announced a merger with Keppel Corp.

That’s why SembCorp Marine wants to raise S$1.5 billion through a rights issue to buy over Keppel Corp’s O&M business.

A rights issue simply means going to every shareholder to ask them to put more money. In this case, for every 2 shares you own as a shareholder, you can buy another 3 shares at a “discounted” price.

In other words, you’re investing more money into SembCorp Marine.

It’s sounds like a good start because Keppel Corp has all the good stuff in place in their renewable projects and gas solutions business.

In fact, Keppel’s business contributes close to 80% to its O&M business orderbook.

Okay, who am I kidding?

What I want you to know is SembMarine wants to to save itself from the impending doom ahead.

You see, SembMarine’s problem is not as simple as a merger.

Is SembCorp Marine is already ‘bankrupt’?

SembMarine used to be one of the largest oil rig builder.

The company focuses on building a niche type of oil — called a jack-up rig.

And it dominated over 70% of the world’s jack-up rigs market share.

The days when many oil majors are selling oil at S$120 per barrel.

But ever since the oil price crashed in 2014, SembMarine cannot make good profits with its oil & gas rigs.

Over the last three years, SembMarine has not earned enough to pay for its operating costs, interest expenses or even dividends to shareholders.

The result? A bursting debt level.

In 10 years, the company’s total debt ballooned from S$8 million to close to S$4 billion.

SembMarine has been burning the house furniture to keep the furnace running.

There’s no going back to the glory days for this Singapore company of the last generation.

I know this for sure: SembMarine will never sell enough oil rigs to repay its debt.

In its latest first quarter financial results 2020, it only has an order book of S$1.9 billion.

That’s a far cry from its total debt.

In fact, the company cannot make enough money to service the interest costs that come with its debt.

In the last three years, the company had a combined operating loss of S$800 million.

And it still has to pay a combined S$400 million of interest payments on its debt.

Consultants will tell you: “SembMarine can downsize — shut its facilities, lay off its staff.”

But the company’s debt cannot be downsized.

Bankers and bond investors are not going to settle for less than the full amount they are owed.

I cannot imagine SembMarine safely paying off all its debt.

The nail in the coffin came when the COVID pandemic hit last year.

It was lucky to refinance some of its debt.

But it also had to borrow more money to tide through the pandemic outbreak.

It was so bad that SembCorp Industries, parent of SembMarine had to “forgive” S$1.5 billion of loans earlier extended to the oil rig builder.

That’s why, on 24 Jun 2021, SembCorp Marine called for a merger with Keppel’s Corp Offshore & Marine business.

And SembMarine hopes to pull itself out of the rut.

But the market knows this isn’t going to work out.

After the merger announcement, shares continued to slide. None of the merger stuff truly matters when you realize Semb Marine has to spend S$100 million to S$140 million a year alone on interest payments.

And with its mountain of debt, there’s no way the company can go back to profits.

Not even with the merger.

Beyond that, the problem is far from over.

Semb Marine is losing its competitive edge to other cheaper, rig builders in China.

One thing’s for sure: Chinese competitors are more aggressive.

And they are backed by cheaper funding from the Chinese government.

Whether or not there’s a merger, it doesn’t matter.

Honestly? It’s only a matter of time SembMarine either gets sold off or privatized by the government.

Yes, SembCorp Marine is still a GLC, 42.6% owned by Temasek.