Here's what you exactly need to know how SGX gushes out its free cash flow year after year for dividend investors. 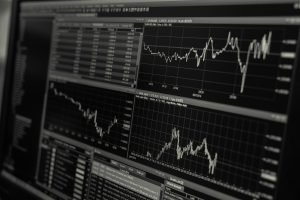 In fact, since Jan 2020, while the Straits Times Index (STI) was down 13% till date, this stock inched up an overall 6% over the same period.

The Singapore Exchange (SGX:S68) is the only stock exchange in the island city.

This means it has zero competitors here.

Now, a stock exchange is like a marketplace, where all its trading partners go to buy and sell financial securities like stocks and bonds.

Say you buy a stock today, an online broker will bring your order to SGX and match you with a seller of that stock.

SGX Has a Strong Business Model

The best thing about the S$9.8 billion company is this — it’s the only platform which can “settles, clears and stores” your securities safely in Singapore.

And its license to operate will never expire.

You can say SGX dominates the entire Singapore market.

Every time you make a trade, SGX takes a small fee of around S$0.03 per transaction.

This fee pays for SGX to electronically settle and clear your trade.

At first glance, this amount may not seem much.

But it quickly adds up.

In its fiscal year ending June 2020, total value of shares traded on the SGX platform amounted to S$332 billion.

Derivatives are simply legal contracts allowing people to buy and sell a stock, bond or even an index fund at a preset price.

In industry speak, this is also called a futures contract.

In its latest fiscal year, SGX earns up to S$1.18 for every contract traded.

And SGX trades a ton of it.

As far as I’m concerned, Singapore has one of the most developed financial system in Asia.

In fact, back in 2004, the International Monetary Fund (IMF) affirmed Singapore’s financial system and its legal, supervisory and institutional framework to be “robust”.

This creates confidence for companies, investors and trading partners from all over the world to want to use SGX’s platform.

SGX rode on this huge tailwind to grow its business over the past years.

And its net earnings grew from S$295 million to S$472 million over the same period.

Its net earnings was also up a massive 21% from last year.

And this was driven by its huge volume of shares and derivatives traded on its platform.

You see, the concept is very simple.

As long SGX can list companies, bonds, derivatives, onto its platform, it can attract more people to trade these financial securities…

Volume goes up, and it makes more money.

This is what I call the “Network Effect”.

One major risk for SGX is the lack of good local companies to be listed on its platform.

In my opinion, a stock exchange has to keep on encouraging companies to be listed, to allow a higher volume of shares to be traded.

That’s why SGX aggressively looks for foreign companies to list in Singapore instead.

Today, close to 50% of Singapore’s total market cap of all stocks here are foreign companies.

Even its derivatives business are from foreign markets.

So far, SGX has a huge portfolio of major Asian derivatives, like the China A50 and the Japan Nikkei 225 futures.

And trading derivatives has worked for them very well.

Its equities derivatives business, which accounts for a third of its total revenues made S$360 million for its fiscal year 2020, an 8% rise from last year.

What’s interesting about SGX is this.

SGX is a capital-efficient business. SGX’s returns on equity (ROE) has always averaged above 35%.

ROE measures the amount of money a business makes for every dollar it puts up in share capital.

And what’s more important is SGX doesn’t need to reinvest a lot of money into the business.

You see, it only needs to set aside around S$50 million every year to maintain and develop its technology infrastructure.

With the excess free cash flow SGX generates, it can amply reward shareholders.

SGX is also one of the few companies in Singapore to pay quarterly dividends.

SGX’s dividend payout has remained around 85% of its total net earnings.

According to Deloitte International Wealth Management Centre Ranking in 2018, Singapore is the second largest wealth hub in Asia, behind Hong Kong.

With the island city holding on to S$4 trillion of assets under management, the amount of financial products traded will keep on rising.

And with Singapore Exchange the unquestioned monopoly leader in Singapore, investors are going to use SGX’s platform to fulfill all their transactions.

For the long-term investor who’s looking to grow their wealth with strong companies which pays dividends, SGX is one business with no competitors.

Thanks for your insightful article. Would you not think that SGX’s competitors are actually the overseas exchanges, e.g. Hang Seng index and Dow Jones? As such a lot of local investors have deployed their cash overseas as these exchanges have managed to attract “better companies”. Any thoughts on whether SGX’s equities market would still hold its own in the long term, and how they can boost this segment of their business?