My Thoughts on Evergrande

China Evergrande, one of the largest Chinese developers have over liability of $300 billion. What's going to happen next? 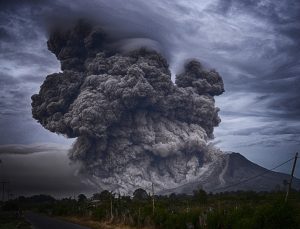 What we are wondering today is what will happen to China’s financial system.

Is it going to be a full-blown financial debt crisis?

Maybe the Evergrande story will give us a clue.

Before I share my thoughts on the impact of Evergrande, we’ve got to go back to the 1980s.

The good old saying: “it doesn’t matter whether a cat is black or white, if it catches mice, it’s a good cat.” still holds true in China today. The point was Deng Xiaoping knew capitalism works.

That phrase was to lift hundreds of millions of Chinese out of poverty.

China adapts. It’s a communist country that’s willing to adopt western ideas to grow. As long it works and benefits the overall well-being of China.

I’m not an economist. But what amazed me about China is its huge transformation over the past 40 years — China took the U.S. capitalist system, plug it into their own, and created all this boom.

Commodities, manufacturing, finance, were flourishing. The property sector was huge beneficiary of China’s growing economy. And Evergrande was to be part of it.

The Concrete of Economic Wealth Flowed Down the Yangtze River

Never in history of the world had so many people’s lives transformed, from being poor to rich in such a short time.

As more people became wealth, more people sought a better lifestyle. They want to move to a bigger city, stay in a nicer home. This sparked the whole property boom.

But China’s economy grew by leaps and bounds.

Evergrande, like any other property developers saw the demand coming, and borrowed heavily to meet it. China allowed it. Because housing was crucial.

The Evergrande story rattled many investors. But don’t forget, China is simply playing catch up to the world’s largest economy. Even though China’s bank credit is 180% of its GDP today, the U.S. far ahead at 280% of GDP.

Bank credit all of a country’s finance companies total loans to private firms.

What’s more, the U.S. bond market is the world’s largest at over 200% of its GDP. This means U.S. companies borrow almost just as much from investors than their own banks

What China Wants is a Reduced Impact

Seeing how this Evergrande story unfolds, I believe what China wants is not a crash to its financial system. But China wants to reduce as much impact should a Lehman crisis truly break out.

Evergrande could cause a shock to the system, and possibly send a ripple effect to the property sector. But not enough to wreck China’s economy.

I’m not surprised Evergrande would fail one day. This is a developer that has little sense in debt control.

But what I’ll be surprised is if China’s economy goes into a huge recession just because of one property developer.

As far as I’m concern, seeing how much progress China has made over the past four decades, I find it to hard to believe China will let debt go out of hand.

In the short term, there’s going to be some investor pain. But I’m positive this 1.3 billion populous economy will turn out just fine.