OCBC Shares: What You Need to Know After Falling 11%? 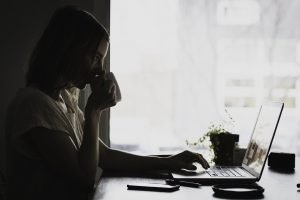 Singapore banks have been riding the gravy train. Nothing to worry.

DBS and UOB are still riding on the gravy train. OCBC? It seemed to hop off.

Analysts were disappointed with OCBC’s poor earnings results. And was taken out on the street for a good beating.

Well, OCBC stuck out like a sore thumb amongst all the three Singapore banks. It reported a spike in their operating costs, which lowered their profits. Operating costs rose by 15% to S$1.28 billion.

It felt like someone popped a bullet into OCBC’s backside.

The truth is, OCBC increased its operating costs because it was hiring more staff to grow its business.

If I look at the big picture, OCBC is actively growing its operations. Just a year earlier, this old Chinese bank wants to ramp up its global transaction banking business — not only in Singapore, but also growing regionally, including China, Indonesia and Malaysia.

That’s why the bank is ramping up headcount.

On top of that, OCBC is digitalizing itself, trying to add more headcount its digital banking business.

If you ask me, this is perfectly normal for any businesses. It’s hard to find any company that grows without pouring any capital, right?

Actually, OCBC latest revenues (total income) was doing good. It remained fairly stable during the last quarter results, producing S$2.2 billion, up 2% from a year ago.

Total revenues, or total income (in banking speak) is the sum of all its business segment units, including income from its loans, trading income, commissions, life insurance businesses.

And its latest dividends went back to the pre-COVID level dividends paid in 2019. At today’s shares, that’s 4.4% dividend yield.

Can OCBC climb back up from its poor quarterly results?

Numbers is important because it tells the fact of the situation.

But here the reverse is true. Sometimes, businesses suffer a bad quarter.

This is also one of the safest, most reliable and profitable bank. Traditionally, OCBC has always done well in its loans busines. Its net interest income produced remained stable at S$5.8 billion (2020: S$5.9 billion).

Net interest income is the difference OCBC makes from the revenue it generates from its loans minus off the interest payments on its deposits. This kind of assets are mortgages, auto loans, property loans and so on.

What’s more, with talks of rising interest rates, this is going to benefit OCBC (and the other Singapore banks). According to OCBC’s CEO, she said that: “1% rise across the year will grow its NIM (net interest margin) by about 0.18% and that would translate to close to S$700 million of income.”

What’s crucial, like DBS, OCBC is transforming itself into a wealth management giant. Led by its private bank, Bank of Singapore, OCBC focuses on wealth management franchise — managing rich clients’ money and selling their insurance products.

In its latest quarter results 2021, at least half of its net fees & commissions are in wealth management. And wealth management business now accounts 37% of its total income. This grew 11% from S$3.5 billion to S$3.9 billion.

And will continue to grow as the bank invests in more technology and hire more staffs to grow this part of the business. What I’ll worry, is not higher operating costs.

DBS is also aggressively growing its wealth management business. And Bank of Singapore isn’t the biggest private bank in Asia.

OCBC’s Bank of Singapore still ranks six position, and competes with some of the top European private banks for wealth clients’ money.

It’s not that easy.

Of course, OCBC is riding on Singapore’s tailwind as a major wealth hub in Asia. On the other hand, what OCBC has is a rich source of Singapore dollar deposits that can push their firepower to lend to wealth clients too. This is also an added attraction to pull in more wealth assets for OCBC.