QAF Ltd: Would I Buy this Singapore Stock at 6% Dividends?

This Singapore dividend stock is a little-known consumer company. What I like is not just the high dividends. Here's what you need to know. 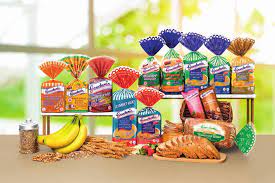 I know, it’s a while since I last shared a Singapore dividend stock idea.

At market cap of S$483 million, this tiny company sells more than 1.1 billion bread products every year, including its iconic products, Gardenia and Bonjour.

It has 16 factories across Singapore, Philippines and Malaysia producing their products.

Is this stock worth buying?

QAF business is simple: it makes money from selling bread products, and profits from its Distribution and Warehousing segment.

EBITDA is a proxy for operating profits. The difference? EBITDA includes depreciation and amortization. So it’s close to calculating the actual cash flow of a company.

But more on this later.

QAF has a well-run management

There’s nothing exciting about bread. And that’s the good thing.

I find such business easy to understand. And I know exactly where revenues come from.

More importantly, what I found interesting was QAF is actually quite a well-run business.

You see, management isn’t aggressive on growth. What’s more, they managed QAF well even during COVID. Revenues continued to grow from S$497 million to S$559 million over the last 3 years.

During that same period, QAF has produced an average net profits of S$27 million over the same period.

Instead, what they were aggressive on, is knowing how to streamline their business.

Last year, they sold off their Australia pork business for S$156 million.

You might ask: “Doesn’t it feel like a waste to sell their pork business — when there’s war, food shortages and rising inflation that would increase demands for fresh produce?”

At first thought, I found it odd why they wanted to sell.

Then I realized this. Management has been talking about selling off their pork business for a very long time.

And it’s only last year QAF decided to sell of the business. The thing is, I also realized QAF’s pork business isn’t a big complement to their core, bakery business.

Separately, you need a different set of processing plants, feed mills and to manage pig farms.

Nothing to shout for.

To be honest, I’d rather not keep the business too.

Plus, selling the pork business gives QAF more capital to redeploy into their bakery business.

Between 2016 and 2019, management has ploughed around S$200 million to grow their bakery production capacity.

By selling off their Australian pork business, QAF can deploy  proceeds into growing their bakery capacity in Singapore, Malaysia and Philippines — which today needs about S$116 million.

From an outsider’s standpoint, I think management is being smart about selling a “non-core” asset.

Sometimes it goes up. Sometimes, it goes down.

That’s because these companies are highly capital-intensive — they have big investment cycles that require them to save up tons of cash for future investments.

Even though QAF is a small company, it has consistently paid dividends over the last 10 years. That’s 5 cents per share dividends year after year.

If you’re looking for Singapore dividend stocks other than banks and REITs, you’ll probably find QAF a rare bird in its own niche.

(QAF pays out its dividends twice a year).

With all that intense capital requirements, how can QAF dish out regular dividends?

I think it’s because of how QAF has found a product that gets people coming back for more.

QAF knows how to manage their costs. But more crucially, they could manage debt levels well.

Last year, QAF had $88 million cash, which more than covers their total debt of S$56 million (including lease liabilities).

This way, they don’t have to struggle when there’s a crisis.

Or panic when they have to refinance their debt at a much higher interest rate. What I don’t like about this Singapore dividend stock

I mean, if you want to challenge yourself, start a food business.

Their return on equity (ROE) is slightly less than 10%.

That means for every dollar QAF invests back into the business, the company yields less than 10 cents on its investment. Not that impressive.

And what usually frightens me is when I hear management says things like this:

In other words, I can’t expect QAF to fly like a tech stock.

Or compare QAF to any of my capital-efficient businesses in my portfolio.

I sit on the fence for “family-owned” businesses

Investing in family-owned businesses can be good or bad.

On one hand, you get to invest alongside managers who have a skin in the game. And it puts me at ease.

On the other hand, you never know when the family can screw you (I’ve been burnt many times).

How do they screw you? Break key contracts, siphon assets out of the business, fake accounts (not much accountability) and so on.

But that’s the risk to picking family-owned businesses right?

Anyway, QAF’s largest shareholder is the Halim Family, who owns at least 54% in the business. The Halim family is part of the Salim family, one of the richest and most powerful families in Indonesia. They own businesses from food, retail outlets, flour-milling to car manufacturers etc.

One good side I’m seeing is, perhaps the family could eventually take the business private.

Since they already own slightly more than half of the business, they just need to fork out roughly half of the market cap, which is just around S$240 million. Manageable  for a multi-billionaire family.

Lastly, currency risks. 49% of its revenues come from Malaysia and Philippines. Major currency depreciation could affect profits. And this could impact dividends that are paid in Singapore dollar.

Why are QAF shares down?

First, QAF decided to sell 20% of their Malaysia business, Gardenia Bakeries KL (GBKL). This leaves QAF with a 50%-stake in GBKL.

According to accountants, QAF had to “deconsolidate” GBLK’s business reporting, which simply means —  recording the entire GBKL financials into a single line item on the financial report. Don’t worry, this doesn’t impact the business profits one bit. Optically, QAF’s financial numbers look smaller that really is.

Second, and also more crucial was this. In January 2018, one of QAF’s factories had a serious ammonia leak that affected profits for almost six months.

Then, in February 2018, Gardenia Singapore had a transformer malfunction that also disrupted operations.

Of the two, the second reason probably forced a much larger plunge in their shares.

Can QAF shares go back up?

Typically, if  business fundamentals are  strong, shares will eventually reflect back its true value.

Over the last few years, QAF was more affected by exogeneous events — ammonia leakage, COVID, supply chain disruptions and so on.

But I believe their bread products will continue to gain strong demands in Singapore, Malaysia and Philippines. Bread products are daily essentials after all.

Distribution channels are well-established. And QAF is investing more into building their production capacity.

Would I buy this Singapore dividend stock?

At 6% dividend yield, it’s a refreshing pick other than the usual Singapore REITs and banks.

Plus, there’s not many quality Singapore companies that good pay dividends.

And despite all the bad events has happened to QAF since 2018, the company continued to grow.

And continued to pay dividends of 5 cents a piece every year.

I’ll tell you the big problem I really have: QAF is highly capital intensive. That means I won’t see much growth in the business.

If you ask me, I’d buy this dividend stock if I want to collect steady income. And not expect much growth.

Otherwise, I’ll give this counter a miss.

One risk you want to note: QAF is not a large cap stock. You might face some problems trying to sell this share next time.

Especially since half of its shares are owned up by the Halim Family. That leaves only about S$240 million (market cap: S$480 million) available to trade. Not that much.

Disclaimer — I don’t own QAF yet. It’s a great Singapore dividend stock to own. I’m just thinking whether QAF is a better opportunity than my personal portfolio holdings.