This boring, quiet company is Singapore's leading defence contractor. In fact, here's what you exactly need to know about its deep moat. 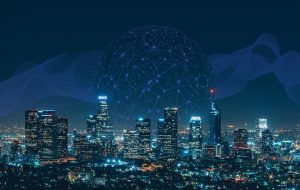 Of course, that one man’s opinion paved the way for starting Singapore’s armed forces.

But more importantly, Dr. Goh planted the seed to solve the next issue, arming Singapore’s soldiers.

That’s how Chartered Industries of Singapore was formed in August 1967. It first produced the 5.56 mm bullets and M16S1 assault rifle for the Singapore Armed Forces.

At one point, Chartered Industries of Singapore was even minting coins for the newly independent Republic of Singapore.

At its heart, Dr. Goh knew that defence was really the centre-piece to develop Singapore’s engineering capabilities.

In fact, ST Engineering is one of the few companies in the world that had manufactured anti-personnel land-mines until 2015.

In my opinion, ST Engineering is all about innovation.

ST Engineering pioneered the world’s lightest, light machine gun in 2007. This battle-roven Ultimax 100 weighs only 6.8kg. That’s lighter than carrying a sack of rice from the supermarket.

The company is also one of the world’s biggest makers of 40 mm rounds for automatic grenade launchers. A soldier’s weapon of choice which could fire palm-sized grenades of up to 500 rounds per minute.

But, in my opinion, what’s striking about ST Engineering isn’t making defence products.

You see, the company has since expanded into commercial projects like aviation maintenance and repairs, cybersecurity and even infrastructure projects.

During the Sars crisis in 2003, ST Engineering worked with the Defence Science and Technology Agency (DSTA) to build portable fever scanners — called the Infrared Fever Screening System. The scanner screened the entire country for fever, which was an early indication of the Sars infection back then.

Times magazine even named it one of the “coolest” inventions.

These smart creations put ST Engineering on the world map as one of Asia’s largest industrial and defence makers.

During its latest third quarter financial results in Jun 2020, more than half of ST Engineering’s S$3.6 billion half-year revenues came from commercial projects. And the company expects more of such profitable projects in the future.

Some of these include rail infrastructure projects in Singapore, Thailand and China; ST Engineering is even leading the way to create “smart cities” in Asia.

Now, smart cities are the future of urban living, which allows governments and industry leaders to tap on electronic methods and sensors to collect data to manage resources and services efficiently. This includes, transport, utilities and even crime detection.

Imagine, that’s the new world we will be living in tomorrow. And ST Engineering is the quiet architect.

Now, the company has secured close to S$16 billion of contracts and orders across its various businesses.

In my opinion, this not only gives ST Engineering its strong growth visibility, but it reinforces the company’s mighty engineering capabilities.

A company with a durable competitive advantage is said to have a “deep moat”.

One telltale sign of a deep moat is a company’s high return on equity (ROE). Now ROE measures how much a company makes for every dollar its shareholders have contributed.

In fact, the company averaged and ROE of 27% since 2010. This is impressive. Most Singapore blue-chip companies can’t even hit 10% in the long run.

Its excess FCF allows ST Engineering to reward its shareholders with abundance. So far, ST Engineering has paid an average dividend of S$0.15 year after year.

Even through the Covid-19 pandemic, ST Engineering maintained its dividends paid out.

That’s why, yield-seeking investors would like a company similar to ST Engineering.

As a result of its profitable businesses, ST Engineering’s shares have remained resilient.

Its shares were largely unaffected last year by the pandemic. And have since rebounded quickly from the March 2020 correction.

Now, the defence business is still the core of ST Engineering, but what’s more important is the company has successfully expanded beyond its initial scope, into other profitable commercial fields.

With its major projects, worth billions of dollars, and a healthy defence budget to tap, ST Engineering is one top defense contractor with a strong economic moat.

For me, as a long-term investor, this is one company I’ll be keeping watch very closely.

So simple and beautifully written