This 1 Singapore REIT No One is Talking About

Here's one Singapore REIT that hardly anyone is talking about but its shares have quietly grew more than 400% since 2007. 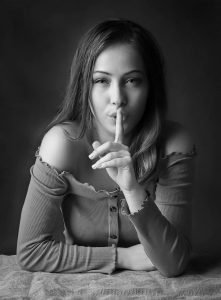 Parkway Life REIT is one of the only two major Singapore healthcare REITs.

And it solves one of the biggest worries in major cities today — an ageing population.

“Time is jealous of you, and wars against your lilies and roses…”, as a writer once said before.

When I fly to China for business, locals will tell me one of their government’s greatest concerns is an ageing population.

Because younger people are moving to urbanized cities.

And the elderly left behind needs to be taken care of.

But it’s not just China that’s facing this issue.

Actually, Japan has the highest proportion of elderly of any country in the world.

In fact, according to Organization for Economic Co-operation and Development (OECD), Japan has the highest old-age “dependency ratio” in all OECD countries.

And the Japanese government is worried.

Because there’s simply not enough nursing care homes to take care of their elderly.

As far as I know, Parkway Life REIT is the only Singapore REIT that rents out properties to Japan nursing home operators.

And it rents them out to some of the best nursing care operators.

And K.K. Habitation, a well-established operator in Fukuoka.

And it’s not easy for tenants to switch out from one landlord to another.

This forms a “habit” for tenants to continue leasing from Parkway Life REIT.

What’s even better is this. Parkway Life REIT’s Japan assets have a long-term rent structure — an average 11 years lease across its properties.

That’s going to provide massive profit visibility for its unitholders.

What’s more is during its lease term, Parkway Life REIT’s rent can be adjusted (every two to five years) higher if Japan’s inflation grows.

And the REIT has adjusted its rent upwards since 2007.

This is also why Parkway Life REIT’s share price has steadily climbed higher.

In fact, I know these foreign patients would gladly fly in to Singapore to seek some of the most expensive healthcare treatments.

One thing our government has well-positioned our country is this — Singapore is a top-quality regional healthcare hub.

Now listen to this: Parkway Life REIT leases out these buildings to a key operator called IHH Group on a “triple net lease”.

A triple net lease means that Parkway Life REIT does not need to pay for property tax, insurance and operating expenses.

All these are paid for by the hospital operator.

It means Parkway Life REIT gets to keep more profits.

And rewards unitholders with more dividends.

Its three Singapore hospitals produced more than half of the Singapore REIT’s revenues.

While the remaining revenue source comes from its Japan properties.

While distribution (dividends) to investors grew 7.4% to S$21.5 million.

This was because it continued expanding properties in Japan.

And during the COVID pandemic last year, Parkway Life REIT continue to raise their distributions.

To me, it seems like this Singapore REIT is too good a deal to pass up, crisis or not.

As a dividend growth investor, this is one Singapore REIT we should be looking at.

It helps to diversify our Singapore REITs away from retail, commercial and industrial.

In my opinion, healthcare is one major sector I’m always interested to invest in.

Agreed with your view Willie. Need to monitor its price to get a low risk price as per your guidance. Tks

Hi Philip! Yeah, this stock has been going up year after year. I guess after First REIT, it’s the only “investable” healthcare REIT in Singapore.

Thanks Willie for your insightful article. I truly believe an ageing population is inevitable both in Singapore & Japan. Was wondering whether it will expand beyond both countries?
Contemplating to invest in this for retirement income.
Vested.

They have a specialist clinic in KL, which is leased mainly to Gleneagles Hospital. I think their core market is still Singapore and Japan. To expand other countries means they have to set up a separate investment team and a leasing team. That’s going to add to their operating costs. Not a great plan if PLife REIT has to do that.

Great write up (as always …and, as always, much appreciated, Willie)
“triple net lease” reminds me of STORE Capital (STOR, NYSE) model and makes it highly sustainable and removes the volatility. Great catch – I was looking for similar!

Thank you 🙂 I like STORE Capital too! I read the CEO’s letters. Genuine guy with a whole lots of property financing experience. I learnt a lot more about REITs just reading about STORE. Cool stuff.

Willie, you will need to mention the 39.6% rental growth by FY 2026 which makes PLife a gem not to be missed for dividend growth investor.