What you exactly need to know about this fast growing thin film maker. And if it's worth buying NanoFilm shares right now. 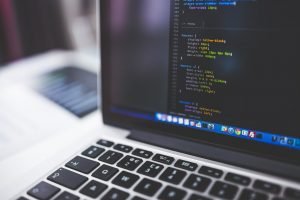 NanoFilm Technology International (SGX:MZH) shares are down 30% since July 2021.

The market went berserks when both CEO and COO suddenly quit. One due to health reasons. The other due to personal issues.

And it’s not helping Nanofilms share price when Temasek and Capital Group sold down some of their stakes. They were investors before NanoFilm got listed on the SGX.

This got the market to worry more.

So the question: is it time to buy this Singapore growth stock?

What is NanoFilm Technology International?

NanoFilm Technology International started in 1999 as a spin-off from Nanyang Technological University (NTU). And currently has a market cap of S$2.8 billion.

NanoFilm is an expert making thin films — a special layer of coating put on plastics, rubber and ceramics. Your computers, smartphone devices, wearables, printers, cars and even solar panels all need this special coating. To protect surfaces from scratches, wear and tear.

NanoFilm works with big MNCs who help make the electronic products for design companies like Samsung, Apple, Microsoft. For example, Nanofilms works with a supplier who makes computer screens. And NanoFilm help apply the thin film coatings on these computer screens before it gets shipped to another company.

In the material science world, this is called Advanced Materials Products. And this is huge business. The interesting thing is, NanoFilm found a way to make the coating even more resilient, last longer and help cut down their customer’s supply chain timing and effort.

This simply means NanoFilm helps their customers produce electronic components much faster. The technology NanoFilm uses is called “FCVA”, a method to deposit very small particles on a surface to create the coatings.

According to NanoFilm’s prospectus, this technology has been long studied in Singapore, China and Russia. And only a few companies are making this technology — Plasma Technology, Zunhua Baorui and Titanium Technology.

What FCVA does is they basically fire a plasma beam within a vacuum room to deposit layers upon layers of coating called a thin film that’s 70 times smaller than a strand of human hair. This is different from the traditional “PVD sputtering” and high velocity oxy-fuel thermal spray that NanoFilm’s peers use.

FCVA requires less energy, makes the coating more uniform and doesn’t need a huge temperature to operate. As a result, it’s faster, cheaper and effort to help their customer produce the products they sell. Without compromising the quality of the film.

What’s Not So Clear About NanoFilm

In its recent half year results, NanoFilm produced S$96 million of revenues, 24% higher than a year ago. Its average net profits is about S$18 million, most of it comes from making thin films for computers, smartphones and wearables.

According to Frost & Sullivan, the market that NanoFilm is in is huge. by 2023, advanced materials will go up to S$24.3 billion. Considering NanoFilm is only a 22 years old company, it seems there’s a lot of room to grow. Since their IPO last year, the company has raised S$200 million that will be used to expand the business, put in more R&D.

But here’s the thing.

NanoFilm shares trades at 47 times its earnings, or P/E ratio. For a company to have 47 times P/E ratio, it must have (think Amazon, TSMC, Alibaba, Walmart) some life changing products or services.

Or a business model that dominates the market and create massive growth.

But Nanofilm has neither of which.

And the problem is the market doesn’t understand enough the technology behind NanoFilm.

You see, thin films is an old technology.

It’s a marginal improvement from an old technologies like PVD sputtering to coat thin films. What they call FCVA is simply an improved method to coat the thin films onto a surface.

Even though NanoFilm is growing fast, it doesn’t have that a life-changing method that could shake up the entire thin film industry. Companies can always source other forms of thin film makers.

In the U.S., you have establishing companies like Entegris, Cabot Microeletrocnics, Hexcel, ELement Soltions, and others doing thin film coating.

Is NanoFilm considered a growth stock? Sure.

Would I NanoFilm a Buy Now?

It doesn’t make sense that NanoFilm is another thin film maker with shares tagged at a crazy 47 times P/E ratio.

One more thing. NanoFilm has huge concentration risk. 56% of their revenues from one customer. There’s no reason why these companies can simply switch to another thin film maker other than NanoFilm.

With this kind of valuations, I’d rather buy companies that have a much larger competitive moat, and a bigger global market share. NanoFilm must truly have a blockbuster technology to get that kind of high valuations. FCVA technology just doesn’t cut it, yet.

You are right. Based on your analysis investing can be simple…but it needs an uncluttered mind like yours! (Not invested but on watchlist)

Just need a bit of reading in annual reports and prospectus heh.