When you’re investing, you don’t have to be the next Warren Buffett. Or George Soros. Or Peter Lynch. Define your goalpost. Start small. 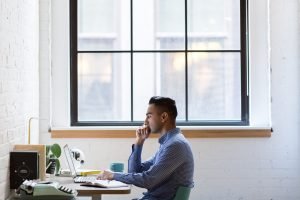 John Bogle was the founder and CEO of The Vanguard Group.

He pioneered the first index fund. He passed away in 2019.

He once said in a speech I’ll never forget:

“Here’s how I recall the wonderful story that sets the theme for my remarks today: At a party given by a billionaire on Shelter Island, the late Kurt Vonnegut informs his pal, the author Joseph Heller, that their host, a hedge fund manager, had made more money in a single day than Heller had earned from his wildly popular novel Catch 22 over its whole history.

Heller responds, ‘Yes, but I have something he will never have… Enough.’

Enough. I was stunned by its simple eloquence, to say nothing of its relevance to some of the vital issues arising in American society today. Many of them revolve around money — yes, money — increasingly, in our ‘bottom line’ society, the Great God of prestige, the Great Measure of the Man (and Woman).”

They say fear and greed drives the stock market.

I’ll argue there’s another insidious poison lurking behind the markets. Charlie Munger once said it too.

Because envy makes us keep shifting our financial goalpost.

You see, one of the hardest thing about investing is not mastering our financial skills. It’s keeping our goalpost still.

Listen to this: For many years, a group of quiet financial academics operated one of the biggest hedge funds in the world. In its first year, it produced 21% returns. Then 43% returns in the second. And 41% returns in the third.

In just four years, the company managed $4.7 billion of assets, but had borrowed more than $124.5 billion of debt in their fund. Can you believe that? This is a leverage of over 25 to 1. Even a bank doesn’t borrow that much.

In 1998, Russia blew up. Asia blew up. The fund lost everything and was eventually bailed out by 14 banks.

They want to “10x their capital”. They want stocks that “go to the moon”. All in a short period.

Last year, Singapore was shook by a massive $1 billion nickel fraud. It was big news. Did this guy who swindled investors’ money knew when was enough? He funneled more than a $100 million into his personal account — buying luxury cars, watches and high-end properties.

When will he stop if he wasn’t caught?

You can never win this battle.

Envy is the pernicious disease that makes “enough” too little.

Growing up, I defined success by an external benchmark — grades, money and promotions. it’s normal to do that. But it also left me miserable inside.

What’s more, it doesn’t help I worked in an industry where it’s a never-ending race of social comparison.

Enough is not too little, if we know how to measure by our own internal benchmark.

When you’re investing, you don’t have to be the next Warren Buffett. Or George Soros. Or Peter Lynch.

Focus on what truly matters.

Hi Willie
I like your posts. They’re clear, concise and well researched. They make for easy and convincing reading. Thank you for including me among the readership today.
If I may repay your kindness it’s this minute feedback which by the way does not change the authority of your posts one bit. Just that here and there your grammar slacks. Mind you I’m here for your knowledge so my feedback is really being picky
Thanks again
Ray