What You Need to Know About the DBS/Citi Deal

DBS is paying 1.8x P/B for Citigroup Taiwan's Consumer Business. This is one of the biggest banking deals. Here's what you need to know. 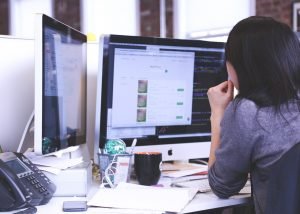 But when it does, it goes in big.

Why do I tell you this?

Because this is how banks grow. Banks grow by buying other financial firms.

You see, deposits are “sticky” businesses. You don’t see people take all their money to put in another bank just because of higher deposit rates, right? That’s why it’s hard for banks to grow organically.

DBS will pay in cash for Citi Taiwan’s net assets plus another S$950 million in cash as a premium. That’s a 1.8x P/B multiple for the deal. I find this an expensive price tag DBS is paying versus the other deal.

P/B is a quick and easy way to figure out potential investments. The higher the P/B multiple, the more expensive a bank is paying for the deal.

First, what’s book value? Book value (or net assets) is the shareholders’ equity of a bank. It’s how much a bank has accumulated profits over its entire life.

The higher a bank’s book value, the more profits the bank has accumulated.

And the more valuable is the business.

If the book value of the bank grows very fast, it means the bank can grow large profits over time. That’s why high growth companies trade at a much higher P/B multiple.

But, sometimes, the market goes crazy by overpaying for a company’s book value. They “over project” the rate at which banks can grow over the long term.

Yet, there are times when the market gets scared. Because the markets thinks there’s no more growth. That’s how P/B multiples drop.

Now, Singapore bank shares — DBS, OCBC and UOB — typically trade at an average 1.2x P/B multiple. The extra 20% premium means these the stock market thinks these banks can grow further in the future.

For DBS to pay 1.8x P/B for Citi Taiwan’s business means it’s paying 80% more than what Citi Taiwan is worth on paper. DBS must feel confident about the Taiwan banking industry.

Why DBS is paying so much for Citi’s Taiwan Business?

Actually, Citi Taiwan has been running since 1983. It has 35 branches and one of the major lending banks. It’s well-established in the 23 million populous country.

The bank produced S$250 million of net profits per year and more than 20% ROE before the COVID pandemic.

ROE is a measure of of a bank’s capital-efficiency.

For every dollar invested, it shows how much profits a bank generates for their shareholders. The higher the better. What’s exciting for shareholders is this: once the deal is complete, DBS will see an immediate increase of a quarter billion Singapore dollars into its business.

What’s crucial is this: Taiwan is a huge market for wealth management. It has one of the largest pool of high-net worth individuals.

But more importantly, the country has a growing technology, media and telecommunications (TMR) sector. This allows DBS to cross-sell its loan and wealth products into Taiwan.

It’s an expensive deal for DBS, but a pivotal market for DBS to attack.

And anyway, so far, DBS was successful in integrating its deals over the years, such as buying up Societe Generale Private Bank, ANZ Private Bank and so on.

Its most recent two acquisitions since COVID pandemic: less than six months to buy Lakshimi Vilas Bank in India. Then spent $1.1 billion on a 13%-stake in Shenzhen Rural Commercial Bank were also part of DBS expansion strategy.

As they say, big banks get bigger.

And it helps that DBS has also reported improved profits recently.

Will my dividends get affected?

You see, over the last 10 years, DBS on average, pays out 41% of what it earns as dividends. Keeping the rest in the bank. This allows Singapore’s biggest bank to accumulate profits to buy out banks like Citi Taiwan.

In the short-term, it seems like DBS is forking out a huge amount of cash for the deal. And I don’t think dividends will grow immediately from the acquisition.

But over the long-term, after it completes the Citi deal, I know a bigger DBS will produce higher profits and dividends in the future. This will reward shareholders with more abundance.

Hi Willie. Thank you for the excellent write-up on DBS recent aquisition. Their investment into Citi Taiwan P/B 1.8x is buying into “Wagyu” banking sector. It will be DPU accreditive in the medium and long-term. (PS: I am invested)