This little-known Singapore dividend stock is paying 7% dividend yield today. Here's what you need to know. 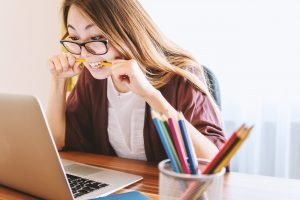 Quick question: do you like to get paid dividends by one of the oldest, safest and most reliable business in Singapore?

It was founded as the Singapore Gas Company in 1861 to power up Singapore streets. Then later changed its name to City Gas. Today, it’s called City Energy.

Town gas is the supply piped into your homes to power your stoves, water heater and electrical appliances.

But a business trust still has to pay at least 90% of its profits as dividends to quality for corporate tax exemption. This makes it a strong choice for income investors. You see, KIT is more than just selling town gas.

In 2019, KIT bought over Ixom HoldCo — an Australia chemicals group that makes makes and distributes water treatment chemicals. Ixom is also the sole maker of liquefied chlorine, and caustic soda. Both chemicals are used to disinfect water in industrial and sewage use.

Now, both City Energy and Ixom contributed more than 85% of KIT’s revenues.

Last year, KIT produced S$1.57 billion of revenues. This was 5.1% higher than a year ago. It produced S$422 million of cash profits and paid out S$185 million of dividends to its unitholders.

What’s interesting is this: unlike many Singapore REITs, KIT doesn’t have a huge debt. In fact, KIT’s gearing ratio only stood at 20%. That’s very low.

Gearing ratio is a measure of leverage. You calculate it by taking total debt divide by the trust’s total assets. For KIT, for every S$100 of assets it owns, it borrows S$20 of loans. It’s not a lot.

I know this gives KIT a lot of room to expand its business, since the business trust can load up on more debt without worrying about leverage risks.

You see, utilities is a steady business — its cash flow is uninterruptible because of the need for town gas distribution and waster water treatment. This makes borrowing debt much easier to manage.

Think of it like taking a mortgage for a property investment. As long the assets are solid, it makes sense to borrow as much from the bank to leverage your yield.

Over the last three years, KIT produced an average S$483 million of cash profits a year. And only needs to pay off an average S$149 million per year. As long as KIT more than covers its interest payment, it can continue to borrow more money to grow its business.

That’s why KIT has been aggressively growing its assets.

This is well-located in the Subic Bay Freeport Zone, which has a deep harbour for access by refiners to the whole of Asia. This acquisition increased its distributions and further diversified the business trust from its already stable business in City Energy and Ixom.

Then just last year, KIT, together with a BlackRock-led team bought into a 49%-stake in Aramco Gas Pipelines, owned by Saudi Arabian Oil Company (Aramco) — one of the world’s largest crude oil exporters. Because of a 20-year leasing rights for Aramco’s gas pipeline network, this further cement KIT’s long term cash profits.

How much dividends can I collect?

Here’s what KIT has that many other companies often lack: income stability.

The thing is, infrastructure shares don’t appreciate in value like properties. But what utilities lack in capital gains, they make up for their strong cash flow and “defensive-ness”.

That’s why KIT shares quickly recovered from the COVID market crash in 2020.

And since 2016, KIT has rewarded investors with a stable 3.72 cents per unit of dividends. Without fail.

Last year, KIT paid dividends of 3.78 cents per unit, 1.6% higher than it was last year. Even during COVID, KIT continued to pay a steady dividend. And that’s because in infrastructures, it doesn’t have to worry about tenant losses and renewals. KIT’s core business is highly needed in Singapore, along side all its other business segments in Australia, the Philippines and Middle East.

While KIT shares doesn’t go up much, it’s a strong dividend payer over the long term.

1) Sounds like a great investment for passive income. But, in the real world, everything is not hunky dory. There’s always a dark side to every investment, so a good article should always cover the negative aspects as well so one goes into an investment cognizant of the risks.
2) By the way, this is my 8th year collecting dividends from this baby. What’s refreshing this year is that KIT increased the size of it’s ang pow for the first time after 8 long years of flat ang pows.
3) Sometimes a negative feedback can be more valuable than an insincere compliment.
Gong Xi Fatt Chai!

Good stuff on the dividends 🙂